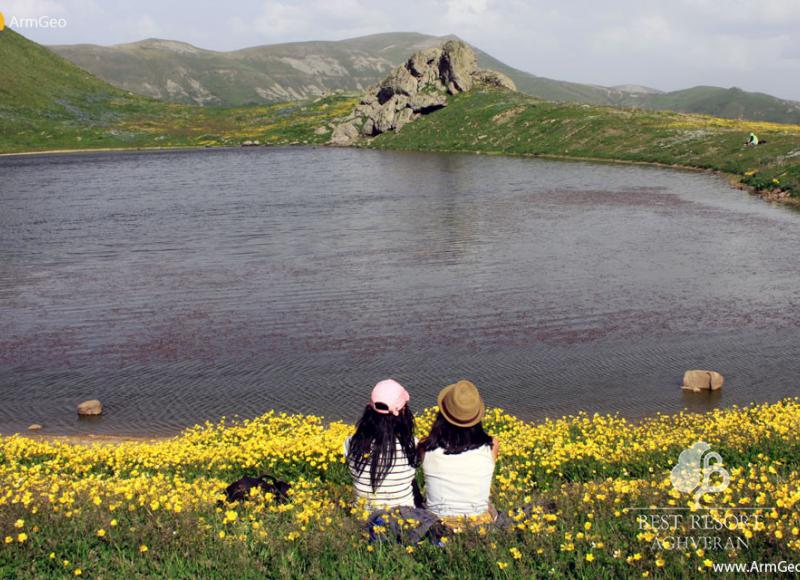 Tsaghkunyats mountains are located near Aghveran, which gives a unique beauty to the landscape. Lake Tsaghkunyats, often referred to as Lake Nna, is located on the slopes of the Tsaghkunyats Mountains, 3.6 km northeast of Aghveran, at an altitude of 2427 meters above sea level.

These natural, healing mineral water baths with a depth of 498 m have a beneficial effect on the whole human body. Mineral water, as well as thermal baths, are successfully used to prevent various diseases of the gastrointestinal tract and allergies. 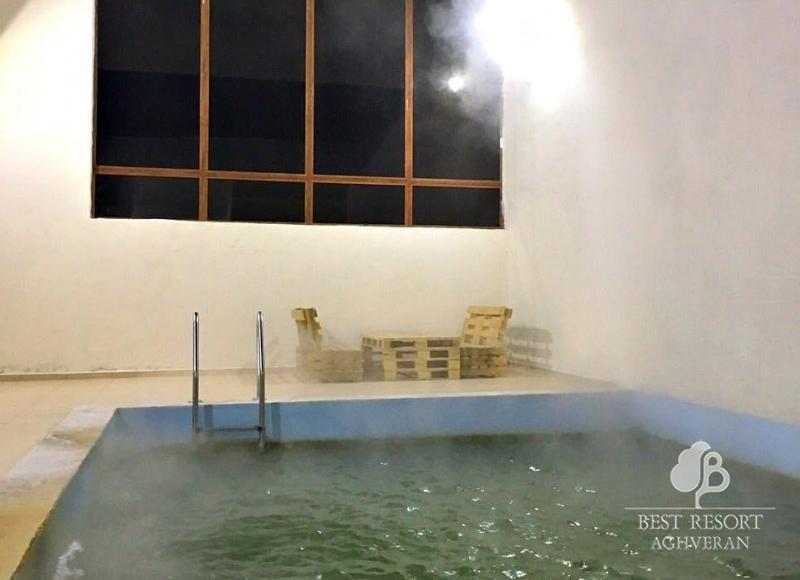 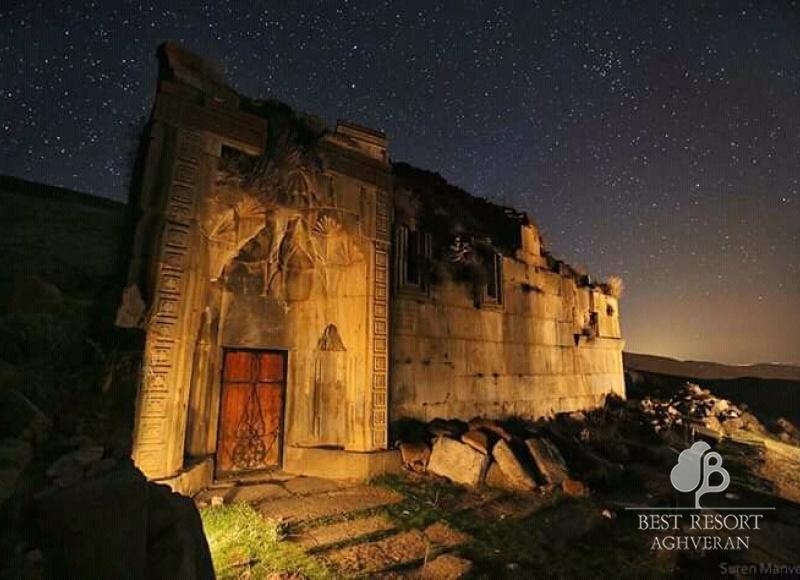 Neghutsi Monastery was built in the 10th or 11th century on a hill overlooking Arzakan village, about 2 km north-west of the village center. There is another small church with a small monument closer to the village. The monastery consists of St. Astvatsatsin Church, which is adjacent to a large vestibule. Just to the south of the church and vestibule are two adjacent rectangular excavations. There are four pillars left in the place, it is an impression that they were part of the small church։ vestibule. On a further hill there is a cemetery with a small chapel with a small tomb. The three walls of Surb Astvatsatsin Church remained standing, while the southern wall remained collapsed. A part of the structure supporting the dome has survived, such as the joint portal leading to the church vestibule on the western wall. There are carvings on the walls, which testify to the 13th century.

One of the most famous medieval fortress structures, Bjni Fortress, is located on the right bank of the Hrazdan River, on the eastern side of the village, on a high promontory surrounded by impregnable rocks. The exact time of foundation is not known. Mentioned since the early Middle Ages. In the 10th century, the princes of Pahlavun rebuilt the ancient fortress on the cliffs, turning it into a powerful fortress of medieval Armenia, a stronghold defending the capital of Ani, Bagratunyats Armenia, from the north. 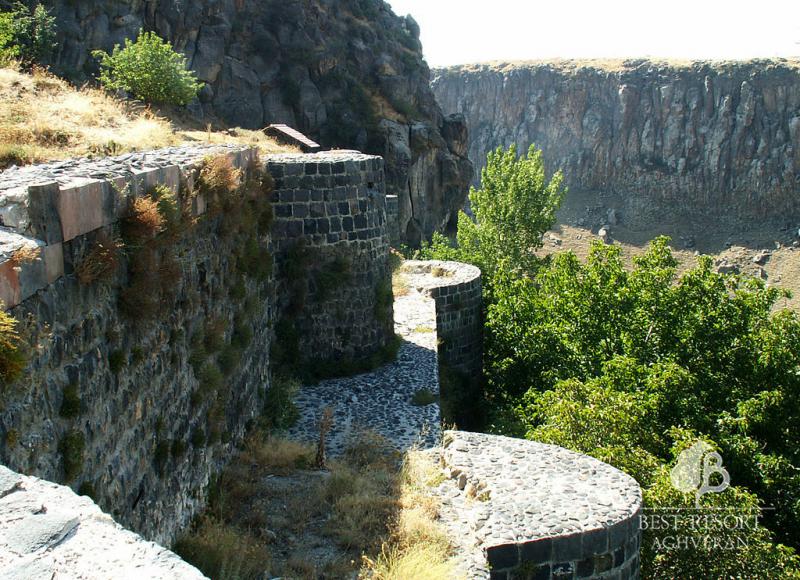 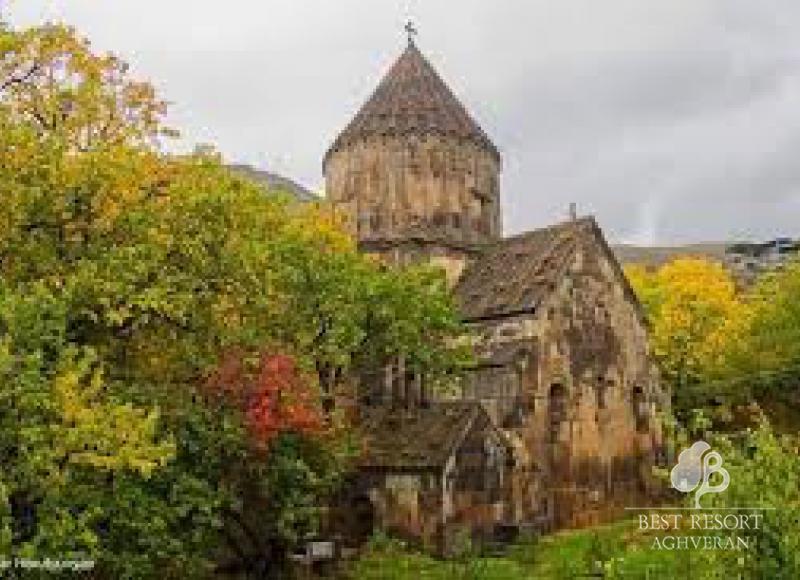 The monastery was founded in 1031 and the Church of the Holy Mother of God was built by Grigor Magistros Pahlavuni. Surb Astvatsatsin Church is a domed hall. The multi-faceted drum is crowned with a dome with a fan roof. The niche of the center of the High Altar, lined with a luxurious plaster frame, is one of the architectural and decorative features of the church. It should be noted that the stone racks stretched along the walls. It is believed that they were intended for the numerous manuscripts created in the monastery. Surb Astvatsatsin Monastery, also known as the "Master's Seminary", was the center of medieval Armenian writing. The monastery gained great fame in the 12th century, the son of Grigor Magistros, the Armenian Catholicos Grigor III. During the reign of Pahlavuni.

The road from the city of Hrazdan to the cell passes through the beautiful gorge of the Hrazdan River, on this road there is a rather strong source of mineral water. Mineral water has a number of useful properties and today is considered a special control area in Armenia. 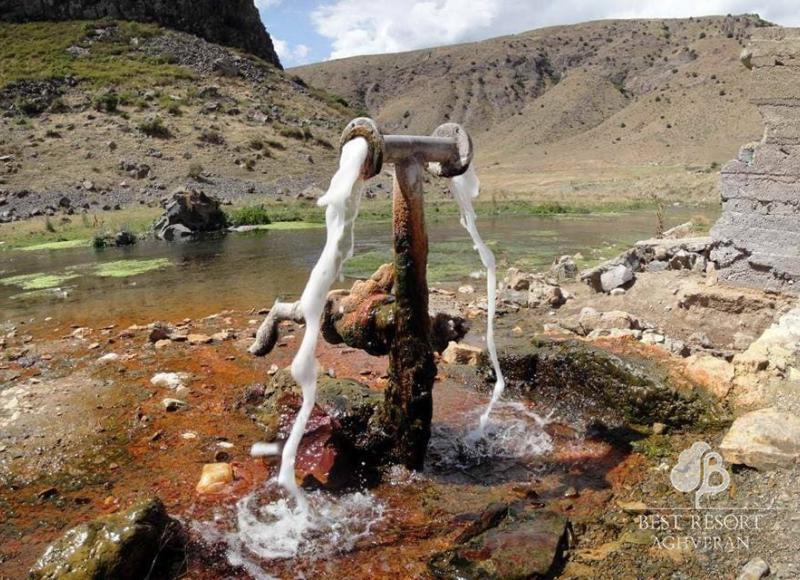 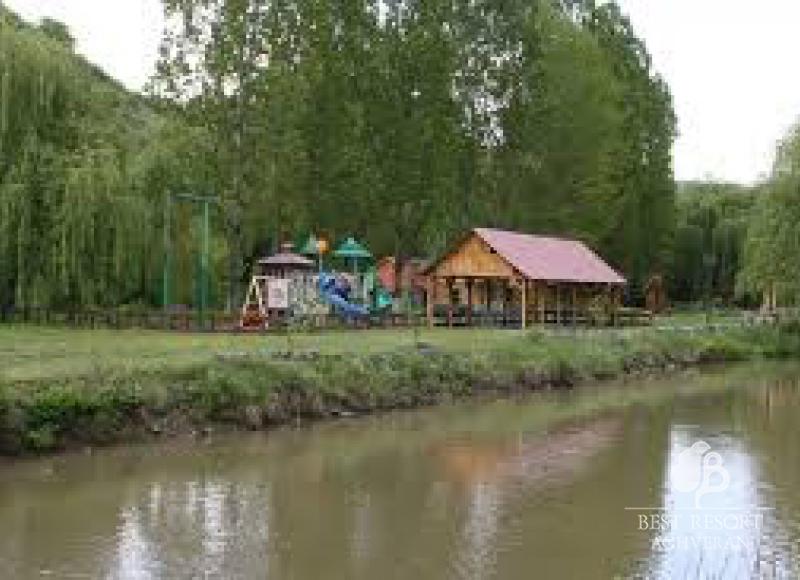 The Kecharis monastery complex was built in the 11th-13th centuries in the north-west of Tsakhkadzor. It consists of four churches, a vestibule and two chapels, the main of which is St. Gregory the Illuminator Church. It is said that at the request of one of the princesses of the Pahlavunyats dynasty, a large fortress was built in this beautiful valley, and a magnificent flower garden was built next to the fortress. The girl demands that the most beautiful flowers in the Armenian world grow in her flower garden. That is how it is done. But one spring the strong wind destroys his flower garden and scatters the flowers all over the valley. The gorge is filled with flowers, and the gorge begins to be called Tsakhkadzor. The princess demands that her father build a monastery near her fortress so that the monks can pray day and night and return the scattered flowers. The Kecharis monastery is being built. But God does not hear the prayers of the monks, և fragrant flowers are spread all over the province. 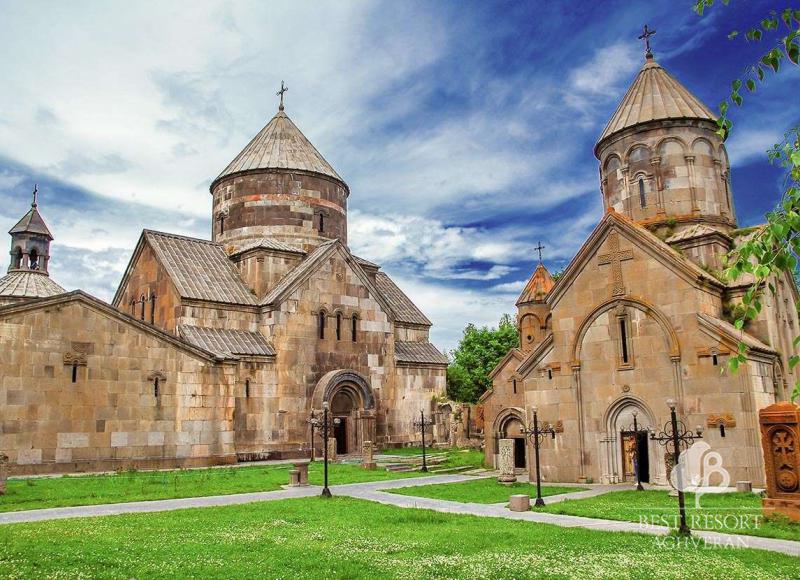 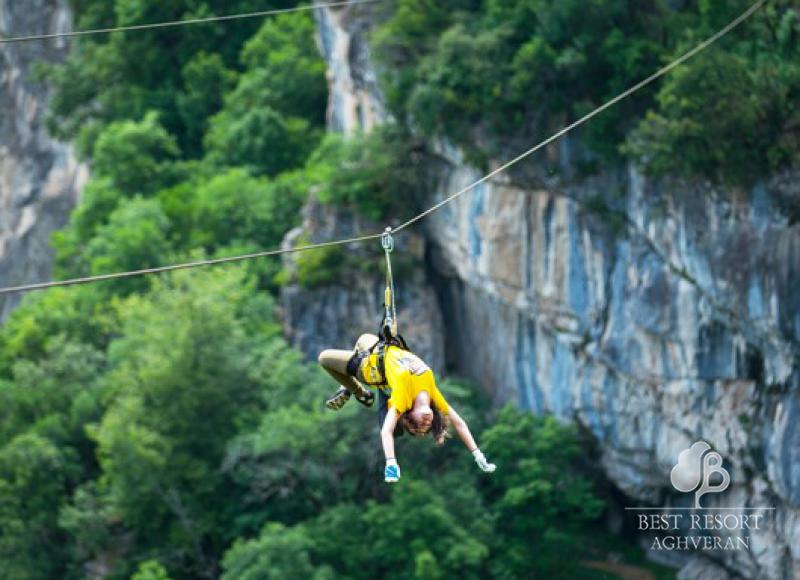 Zip Broad is one of the fastest growing destinations for extreme tourism, both worldwide and in Armenia. If you are an adventure lover or just want to overcome the fear of heights, then the zip-wide flight in Tsakhkadzor is just for you. It is open all year round. You will definitely not miss the adrenaline rush here. It is available for all ages, if your weight does not exceed 120 kg, and you are not under the influence of alcohol, drugs or psychotropic drugs. At the highest point, the height of the zip line reaches 130 meters. This emotional journey takes only 5 minutes.

Ghuk Monastery, Bolorahar, Armenian Apostolic Church 3-4 km north-west of Arzakan village, Kotayk region, in the upper part of a gorge between two mountains, in a dense forest. The area where the monument is located used to be part of Nig province. 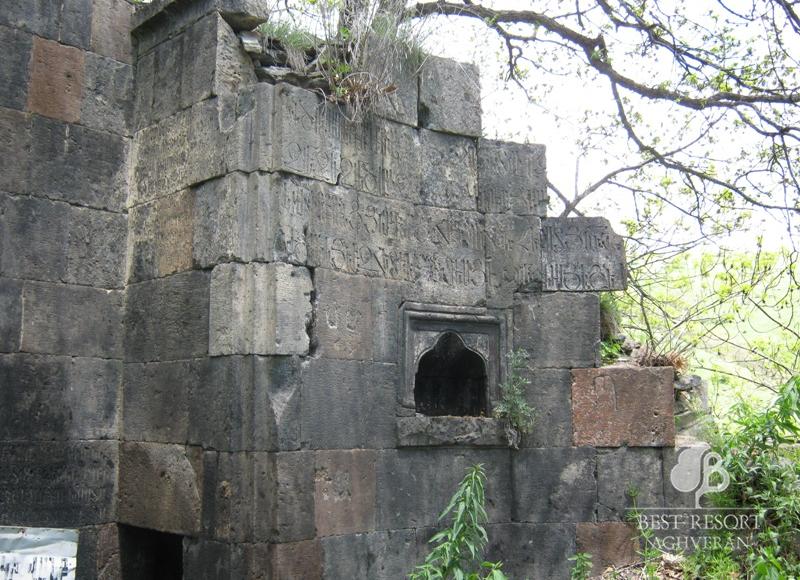